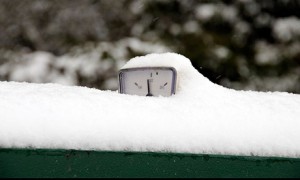 A friend has just referred me to your recent article on Paul Burrows and his 40% overcharge by Northern Energy when using its top-up system for deliveries of domestic heating oil. I believe the same applies to me.

I emailed the company to ask for a delivery of oil on 4 December as I was away in Prague having medical treatment.

The market rate was under 50p a litre. I received a statement on 2 January saying Northern Energy was charging me 73p a litre by direct debit. Complaints I emailed to the company about this went unanswered.

On my return to the UK, I cancelled the direct debit and sent a cheque by recorded delivery for 53p a litre, which I considered more than generous. As yet, they have not banked this.

I await legal proceedings if your article is indicative of their style. AM, Yorkshire

Northern Energy, based near Harrogate, bills itself as a family firm that is proud to be independent, one that has been delivering domestic heating oil and LPG since 1932.

The problem appears to be that it has been charging customers that were signed up to its top-up scheme significantly more than if they simply rang up and placed an order. While most people would expect to pay more for the premium top-up service, the apparent mark-up of 40%-50% experienced by those who contacted us will be seen by many as excessive.

We were also contacted by two other readers who complained they had been overcharged by Northern Energy. In one case, the matter was settled in her favour at arbitration. A second reader claimed he and his mother were charged significantly more than they should have been, though the company disputes his claims.

Northern Energy may not have broken the law but the readers we have spoken to feel as though they have been taken for a ride.

Tellingly, when we asked the company what the top-up price was for a delivery this week, it refused to tell us – for a second time.

In response, the company says it serves 10,000 customers and “enjoys a very high level of satisfaction, which is a reputation we work hard to maintain”. It adds: “In a 2014 survey, nine out of 10 customers rated us as good or excellent for service and delivery, and would recommend the company to friends and family.”

It also told us: “Pre-notification of an order enables a customer to check the price per litre of oil we will charge and to cancel delivery for any reason provided we are contacted before 8.30am on the day.” It says the charge was correct and it has responded to the request.

A spokesman said it will be pursuing you for the difference – around £140 by our calculation.

Existing and potential customers of Northern Energy – particularly those on its top-up scheme – and perhaps those of all oil delivery companies, may want to check prices very carefully.

Thanks to all the members who placed their orders.  In total we have just over 53,000 litres to place with a supplier.  Results early next week